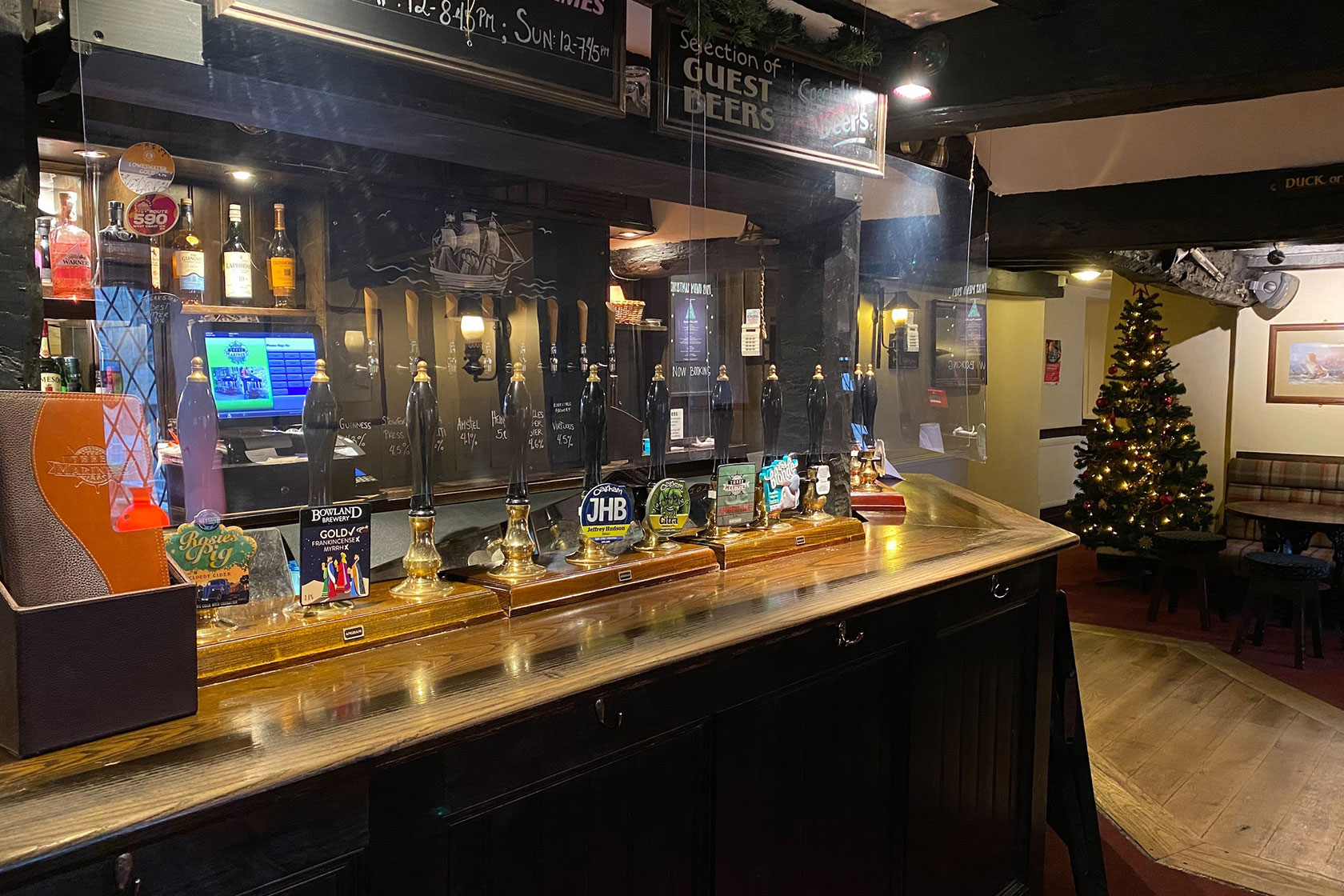 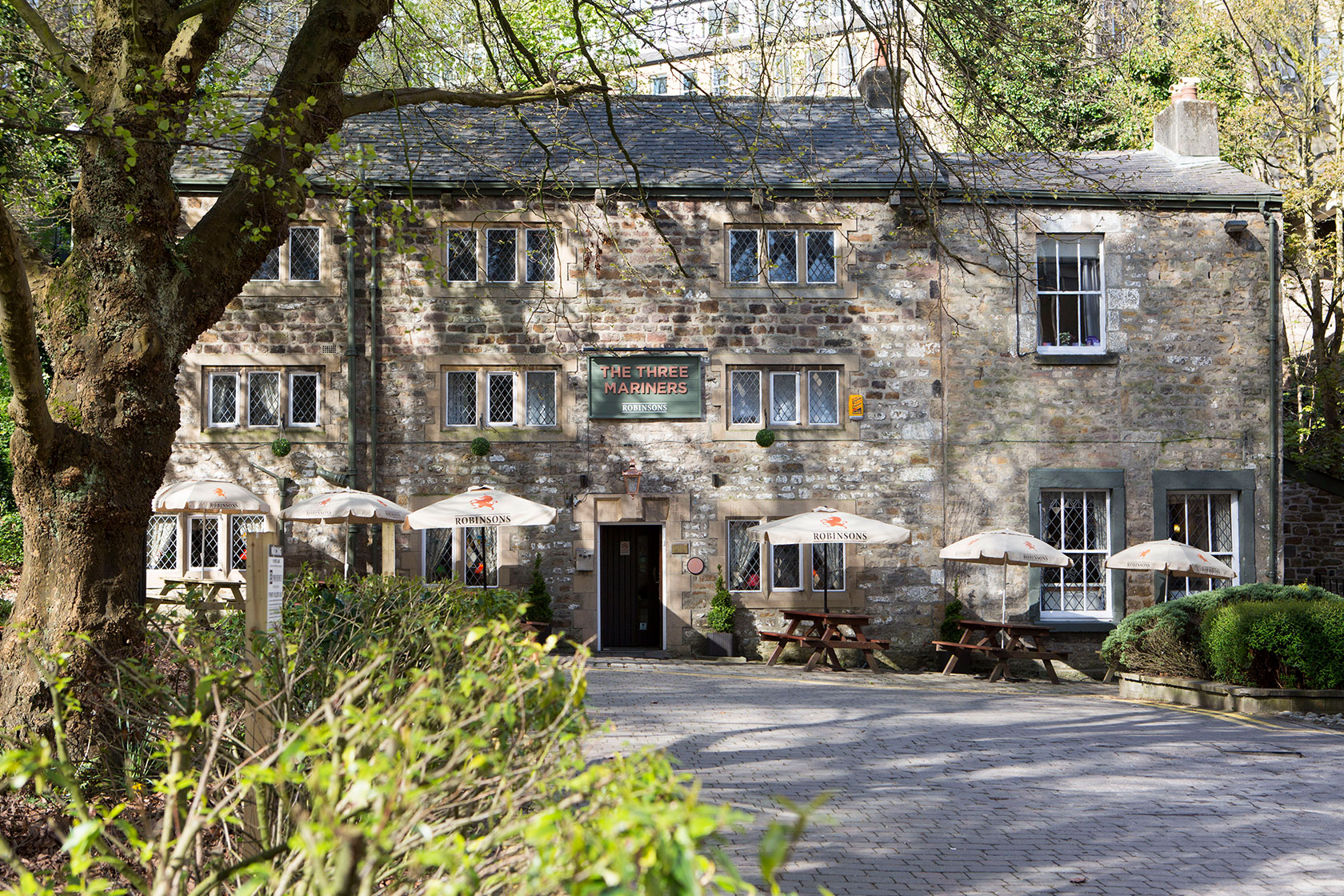 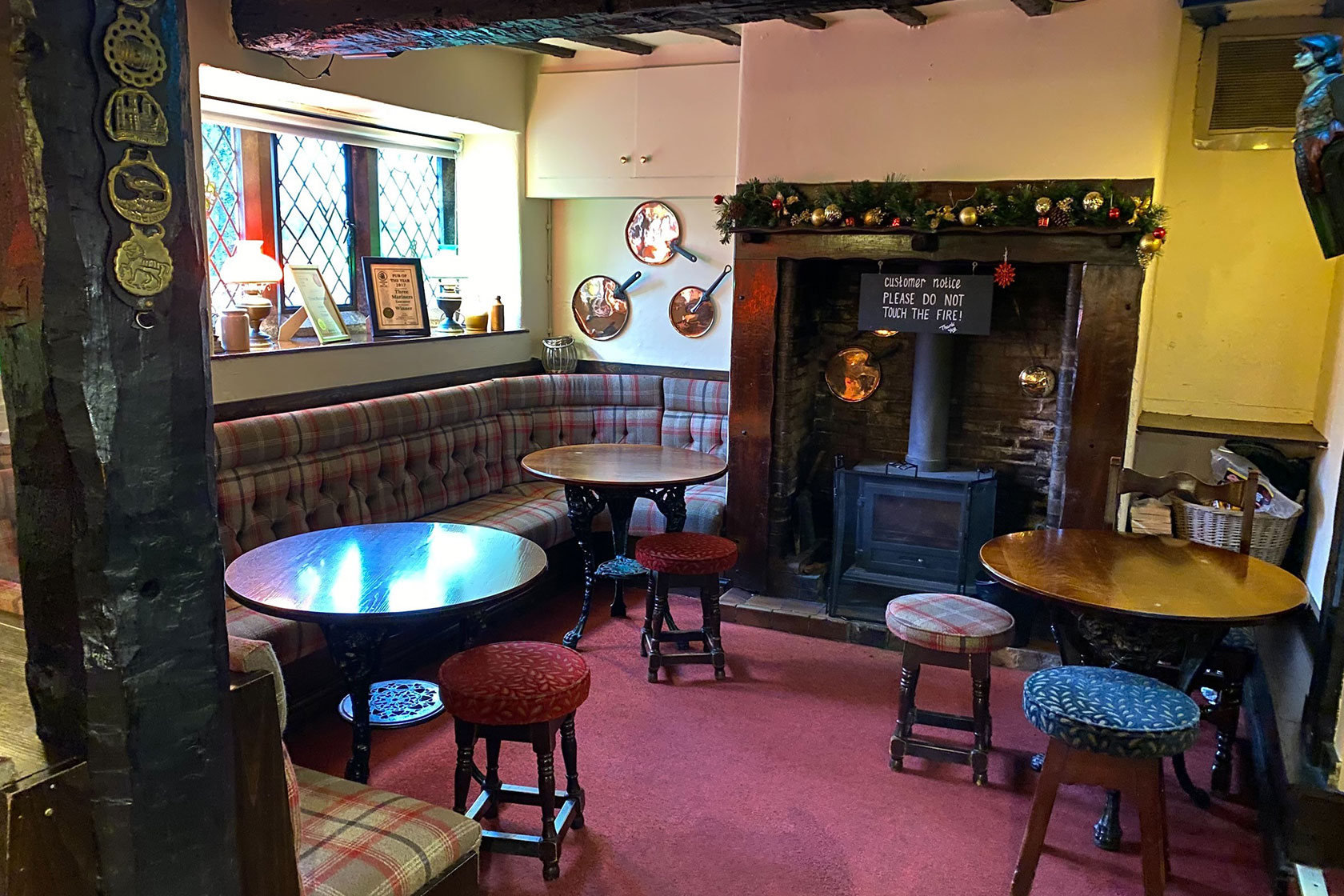 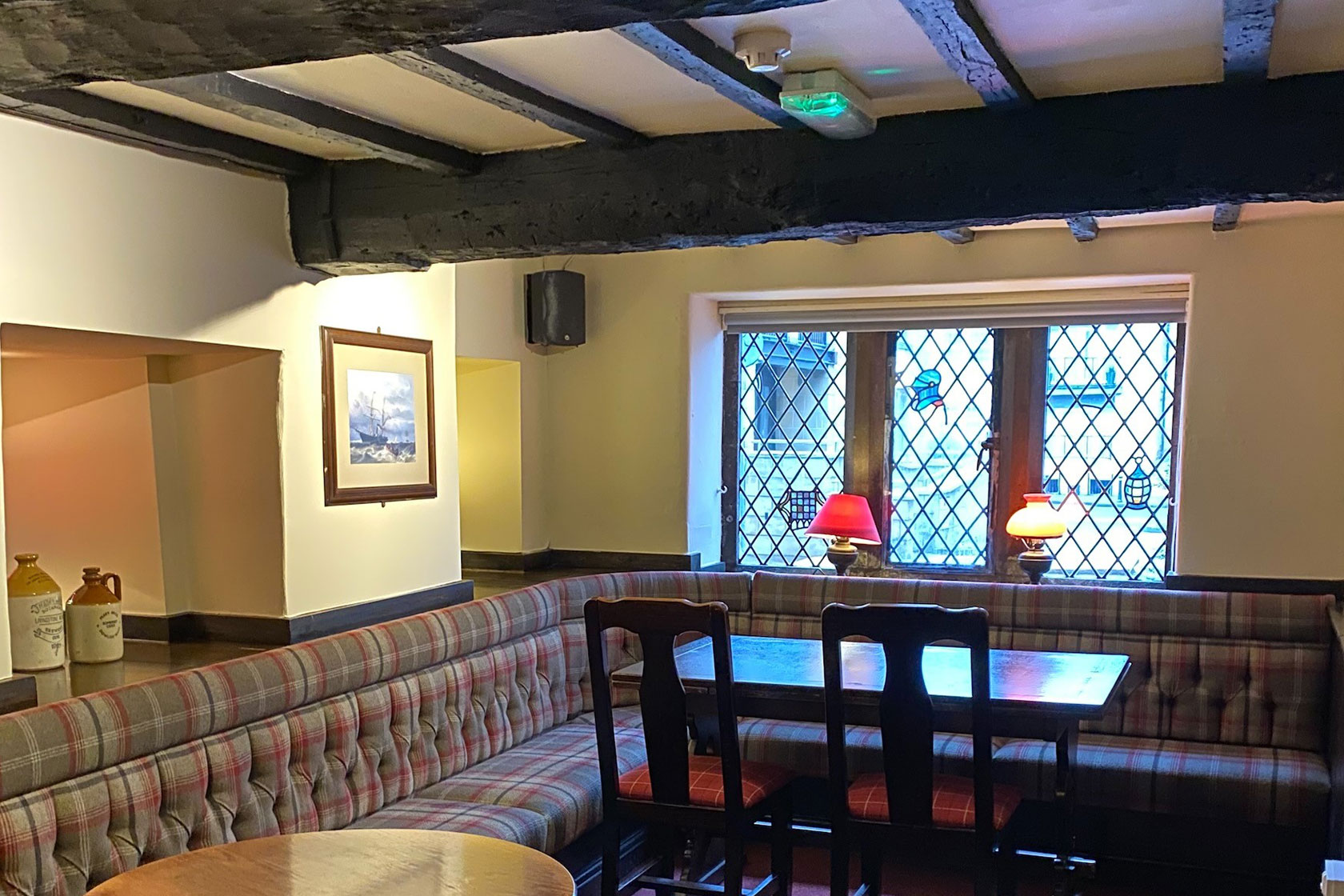 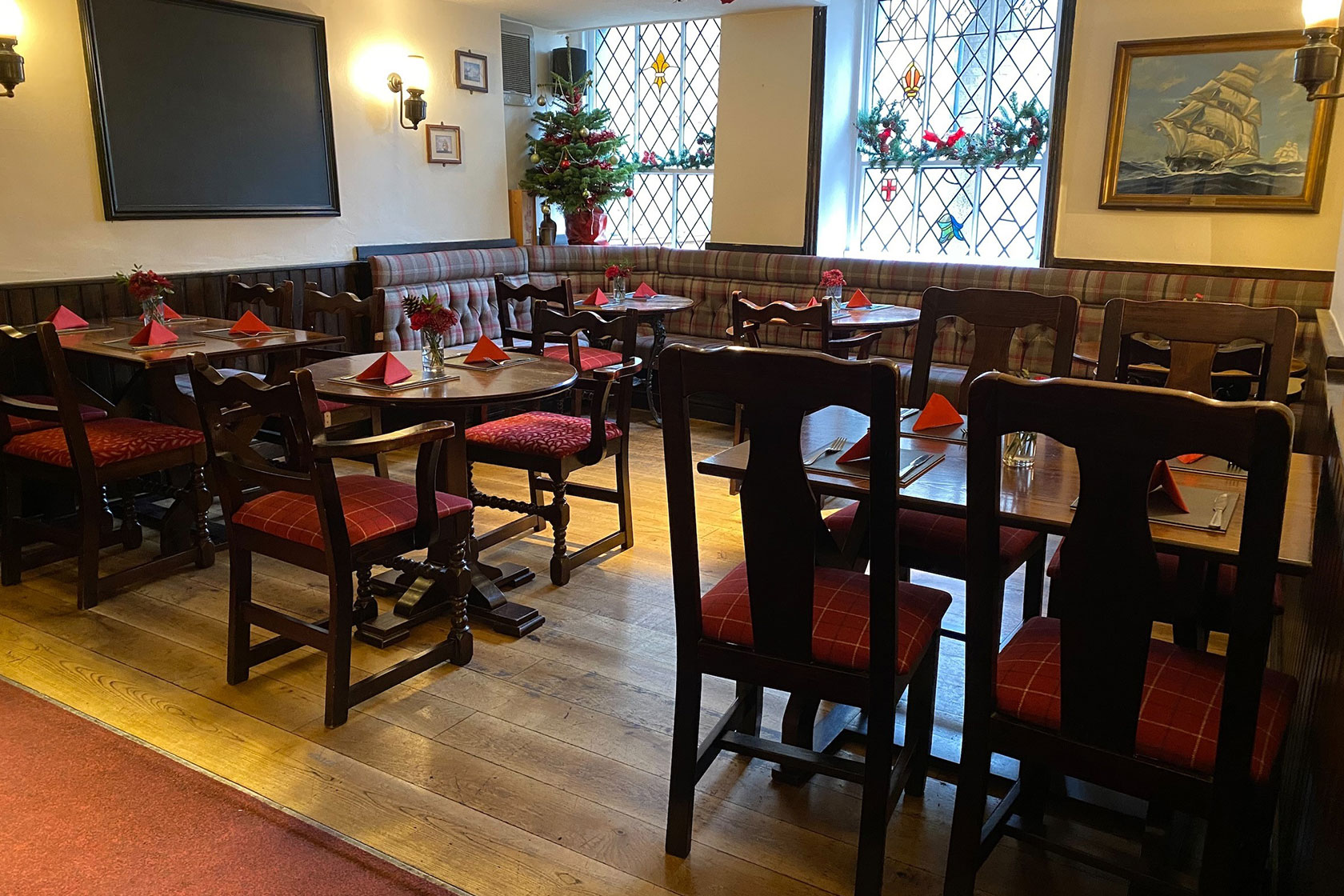 A great pub with food in Lancaster

The Three Mariners is the oldest pub in Lancaster. Steeped in history, in a Grade II listed building dating back to the 15th century, it is one of only two sites in Britain with an original gravity-fed cellar. This pub has seen it all: from the closure of the Castle Priory by Henry VIII in 1539, to the Jacobite uprisings in the 1700s. The pub has also played a key role in the city’s history. Led from the castle dungeons through a rumoured hidden passage, prisoners were brought here for a ‘last drink’ with their families, and during The Pendle Witch Trials of 1612, where Lancaster earned its nickname as ‘The Hanging Town’ and the dungeons of Lancaster Castle were overflowing, The Three Mariners, then known as The Red Lion, would even hold those awaiting trial in its first floor cellar. These days there is a much cheerier atmosphere with warm and welcoming hospitality, a menu of hearty British cuisine and a lengthy list of craft beers. Winner of the Lunesdale CAMRA Pub of the Year in 2017, The Three Mariners offers twelve hand pulls and eight lager/craft beer lines, with an array of beers sourced locally and nationally. There house beers consist of Robinsons Dizzy Blonde, Cumbria Way, Unicorn and Hawkshead Bitter, with a rotating line-up of guests including Titanic, Dark Star, Tiny Rebel and Ossett. Robinsons are looking for an experienced licensee with a love for real ales, an appetite to work with cask and to continue the current fantastic food offer.

A Little more about us

The City of Lancaster is a local government district of Lancashire. It is steeped in ancient history and stories hidden in its walls and building. The medieval Lancaster Castle with its 19th century prison cells has fantastic views over the River Lune. The Lancaster City Museum features has displays on the city’s history and its army regiment in a Georgian building. The city boasts a wonderful mix of restaurants offering a host of different cuisines, including a Japanese sushi bar, Mexican, French, and Spanish restaurants to vegan eateries. Lancaster’s nightlife buzzes with live music at the many pubs and wine bars within the city, situated along the banks of the canal, through the Georgian streets and even underneath the city in the castle’s former wine cellars.

FMT barrelage: Please note that this assessment is based on the "fair maintainable trade" that can be achieved by a "reasonably efficient operator" and is not therefore a guarantee of volume or consequential sales or profit.

Similarly Historic performance, whilst a significant factor to consider, is not a guarantee of future performance of a pub and you should bear this in mind in your assessment of trading potential.

Get in touch today and start your journey towards a fantastic career in this exciting industry.

Get in touch today and start your journey towards a fantastic career in this exciting industry.