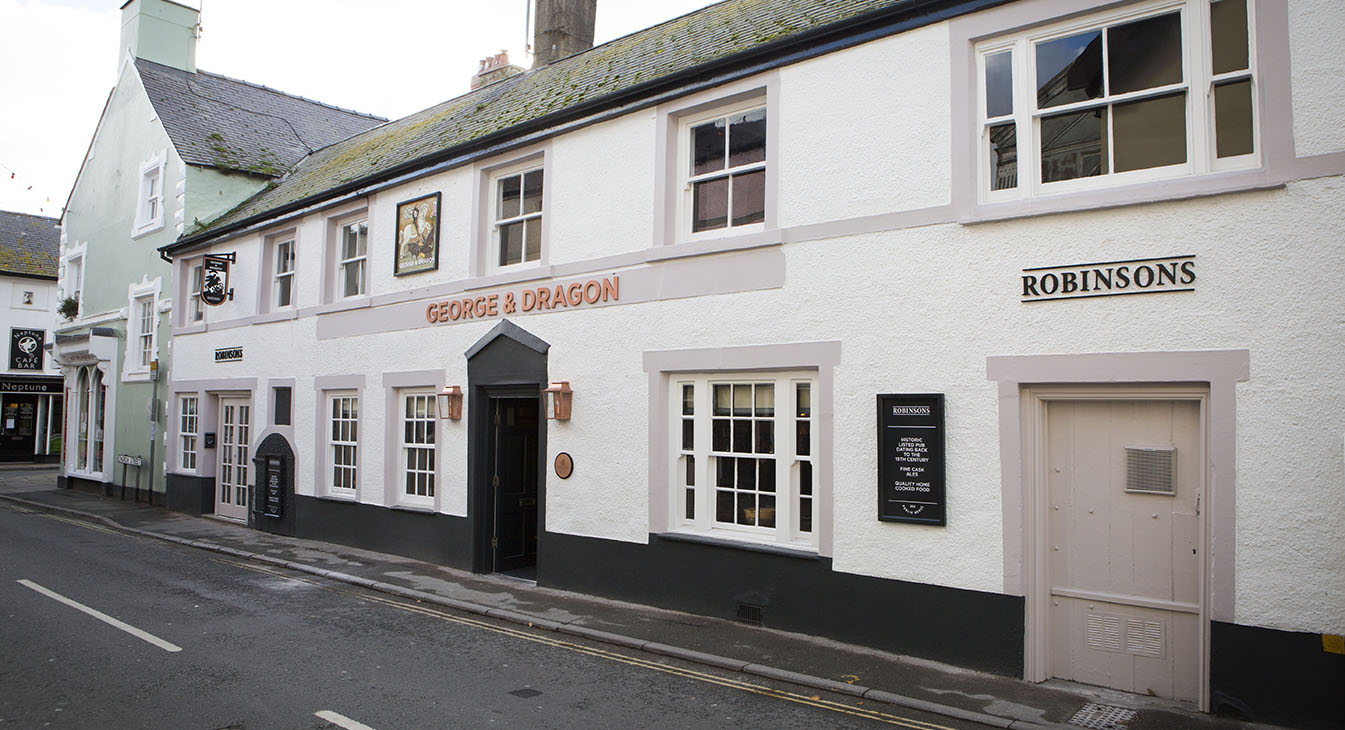 Built in 1410, making this pub one of the oldest pubs in Wales, this traditional town centre drinking house is situated in the picturesque Anglesey seaside resort of Beaumaris.

This much-loved heritage site dates back to 1410, and offers a wealth of olde worlde charm with a timber frame, exposed beams and a recently discovered fireplace dating back hundreds of years. This traditional Georgian town centre pub, situated in the picturesque seaside resort of Beaumaris, is extremely popular with locals and tourists alike and boasts a quality traditional menu with daily specials along with a choice of cask beers. We are also a short walk from the beach and the famous Beaumaris Castle. History of the George & Dragon Beaumaris Pub. 1410 The George & Dragon (site of the original building) was only a Merchants House. Please note we are not dog friendly (expect for guide dogs) and we unfortunately have no baby changing area available at the moment. Circa 1500-1540 The present beams within the pub have been dated to this period. 1595 Date mentioned when the present George & Dragon rebuilt (Merchants House). 1610 Date mentioned as to a date inscribed on one of the beams within the pub, and when the paintings first appeared (Merchants House). June 1771 Inn known as the Red Lyon, Beaumaris. The Innkeeper was John Lloyd, also o shopkeeper and it had been part of the Bodelwyddan Estate, Flint, belonging to John Williams Esq. 18th June 1821 John Williams married Grace Lloyd at Beaumaris Parish Church - The Inn was now known as the George & Dragon. August 8th 1832 (Wednesday) Duchess of Kent and Princess Victoria stayed at the William Bulkeley Hotel (now Bulkeley Arms) on a tour of Wales. Celebrations held at the George & Dragon, and throughout Beaumaris. Between 1840 – 1920 The George & Dragon had several different Innkeepers 23rd September 1950 George & Dragon was listed as a Grade 11 1st May 1968 George & Dragon was purchased by Frederic Robinson Ltd 1977 An article appears in the Times Newspaper about the old paintings discovered in the roof and the Welsh Office & brewery take steps to preserve the inscriptions. Anglesey, home of the Tudor dynasty and the ancestral Welsh Kings, is also home to The George and Dragon; one of the oldest pubs in all of Wales. Please note we are not dog friendly (except for guide dogs) and we do not have a baby changing area available at the moment. 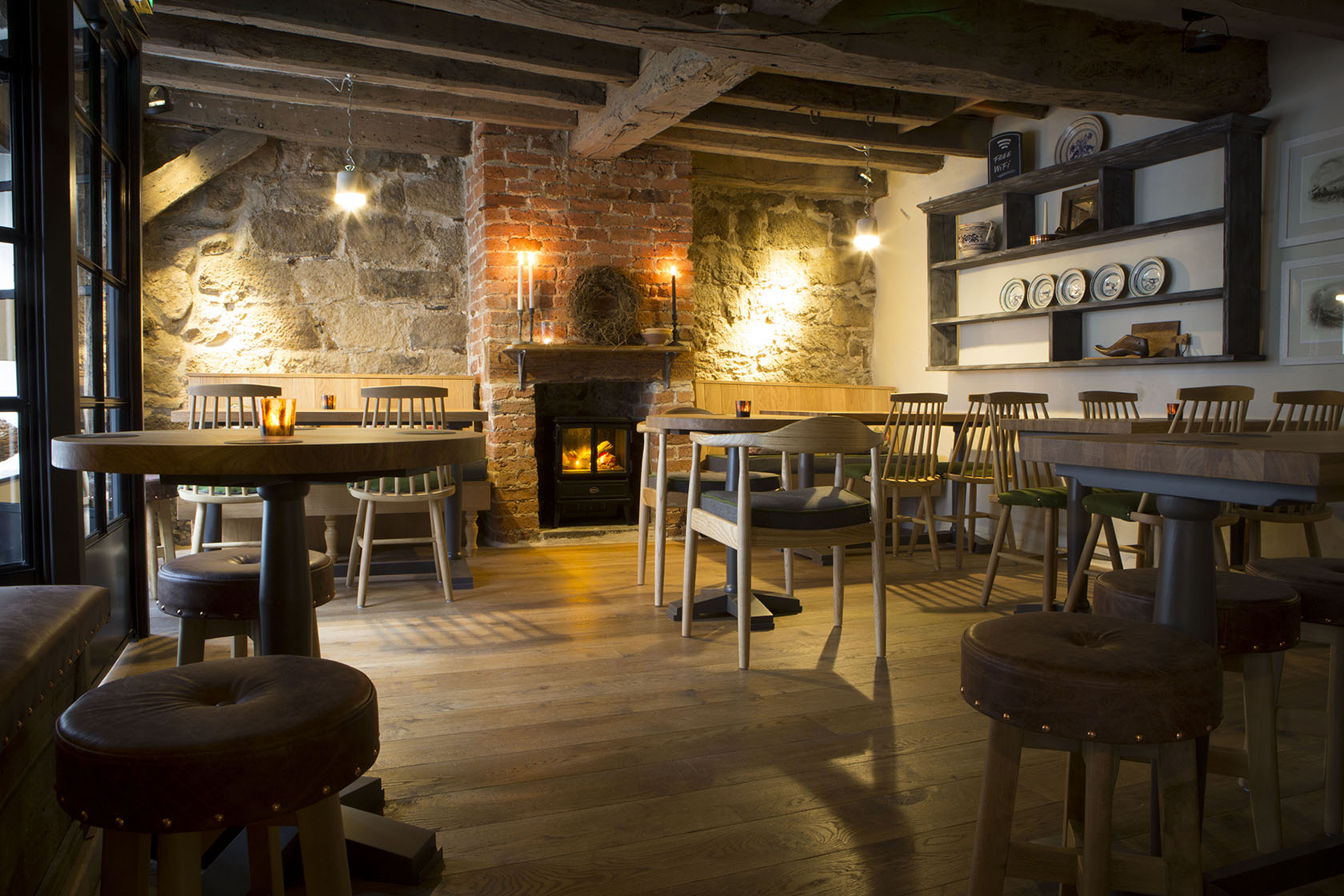 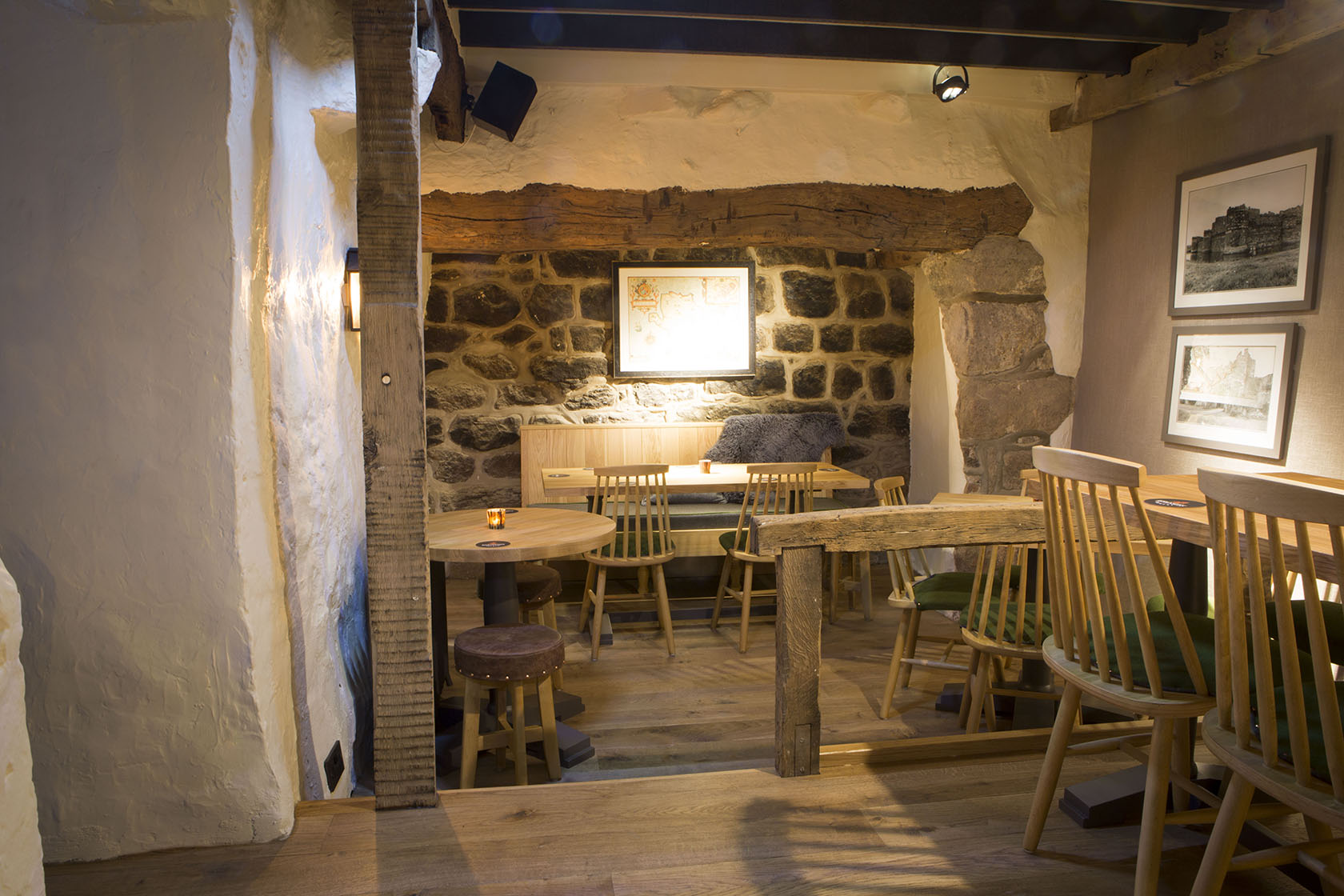 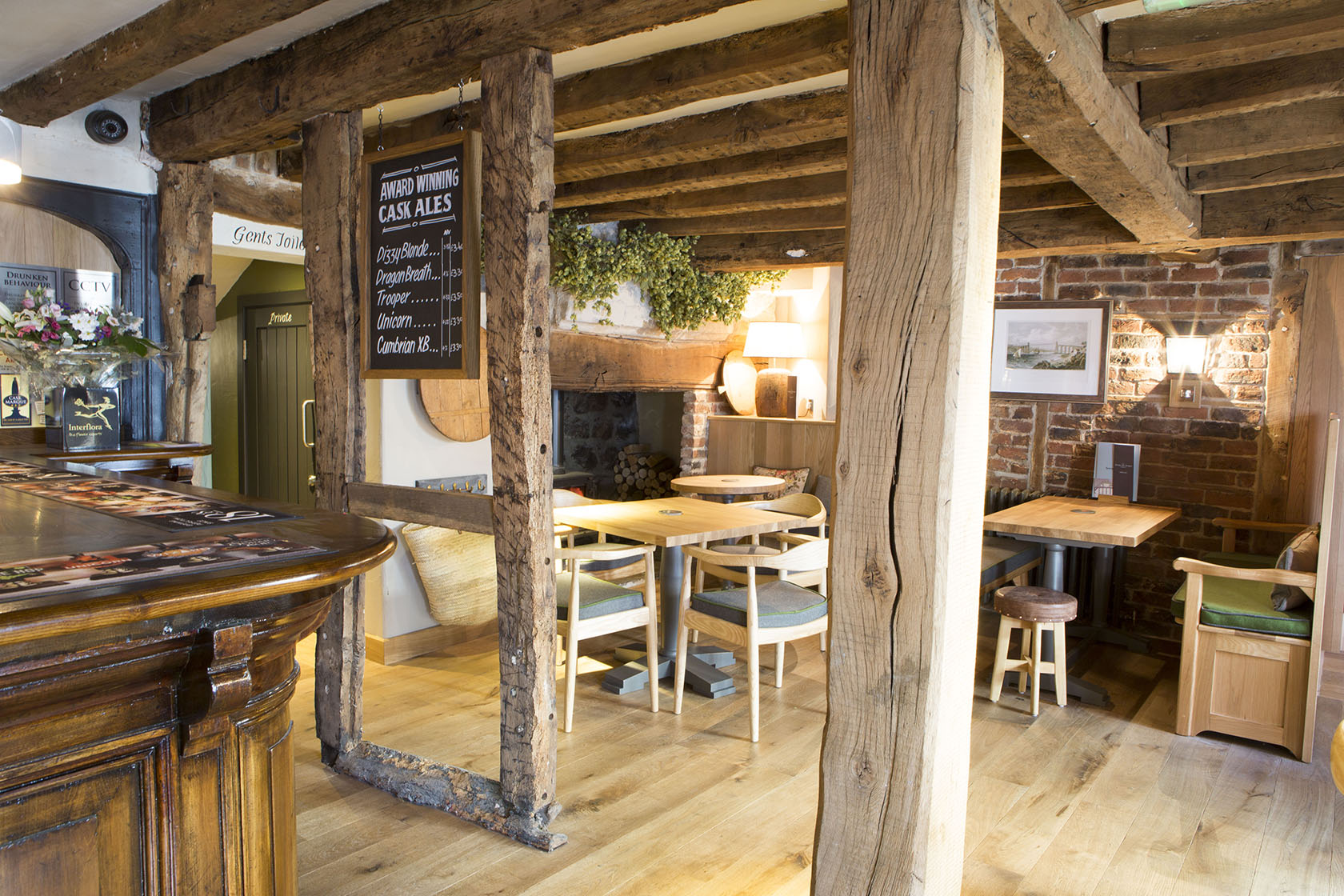 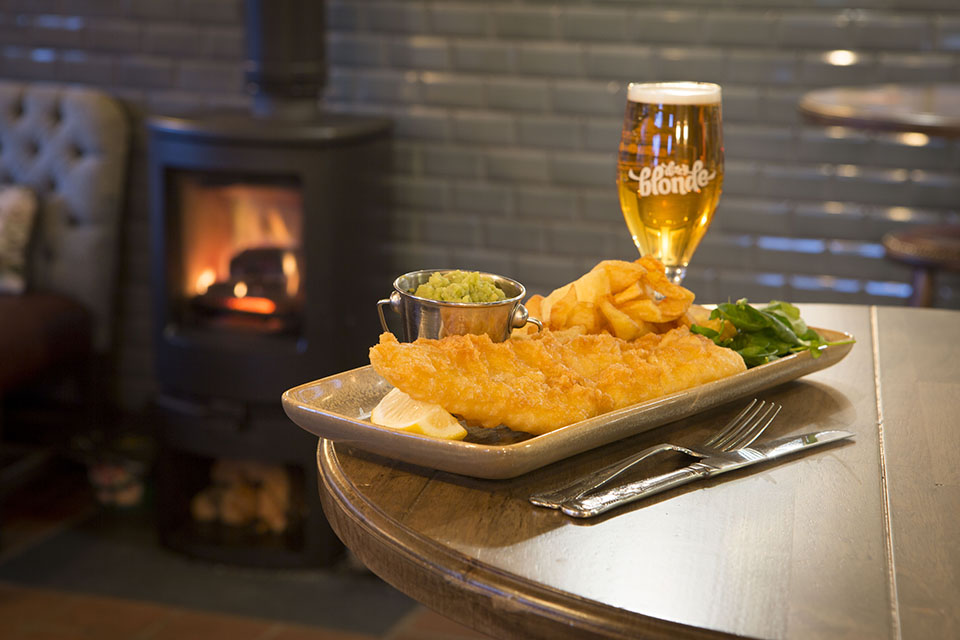 The George & Dragon's pub menu offers tasty dishes that will satisfy even the biggest appetite. Enjoy a meal in the friendliest pub in Beaumaris with a cracking pint of Robinsons beer. Come and see for yourself why we’re known across Anglesey as a great place to eat out. Food times: Out of season times may vary 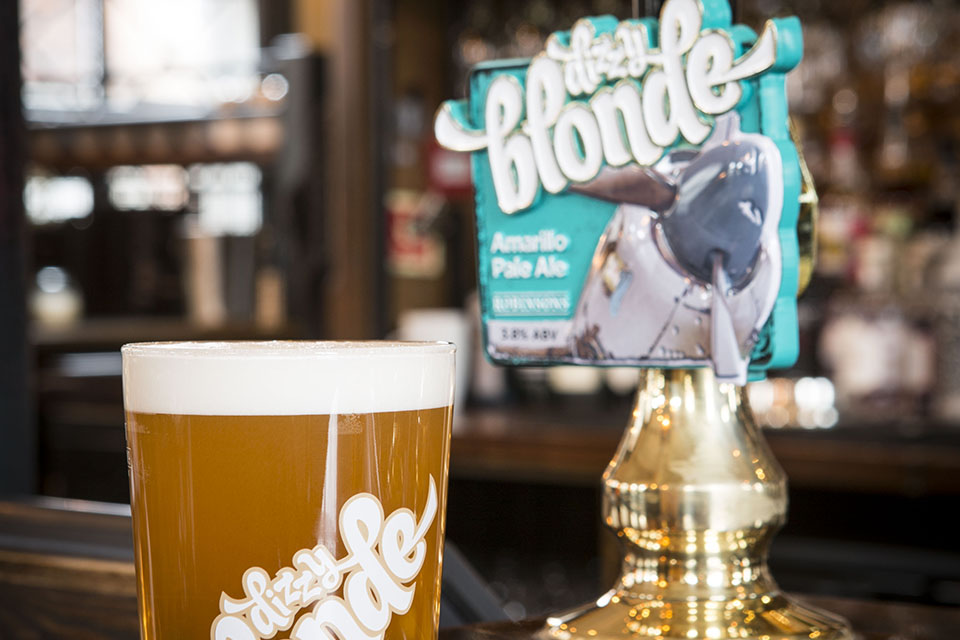 The best drinks selection in Anglesey?

We are proud to serve Robinsons beers alongside a tempting selection of old and new world wines, that complement our pub restaurant menu. For a pre or post meal ‘relaxer’ you will be glad to hear that the George & Dragon also offers the world’s choice of spirits, with prosecco and gin a speciality. 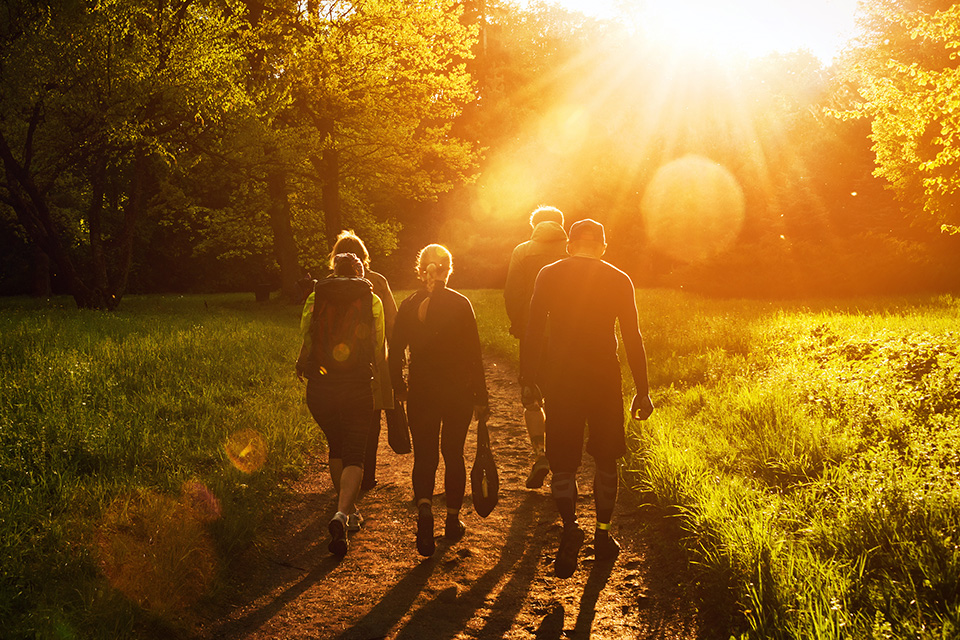 Things to do in Beaumaris

If you’re enjoying a day out in Anglesey, then take a break at George & Dragon. We’re the ideal place to take some time out when visiting nearby attractions and tings to do. Our excellent pub food menu and drinks selection means we’re ideal for a quick visit or a relaxing meal.